Tonight’s the night we make history … 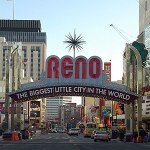 This last weekend, a group of us from the San Francisco Bay Area Chapter of PMI were set to attend the PMI – 2011 Region 7 Leadership Summit in Reno.  We made it to Reno and back in record time (although not in the direction one usually associates with breaking records).

It was a classic example of project management at it’s finest: we made plans, with allowances for expected risks, and the world accommodated our plans by giving us additional challenges along the way.

We had decided to try and save the chapter some money by carpooling over the mountain to Reno from the Bay Area. Knowing that there is always the possibility of snow this time of year, we made sure to rent an SUV with 4WD, and made allowances for extra time in case there was snow. I’d driven in that area in the snow quite a few times, and a couple of others in the car were OK with driving through the snow as well.

No surprise, a big storm blew in the Friday we were due to travel. There was a mixer that we were due to attend Friday evening at 7pm, so we left in the morning leaving around 10am for an anticipated 6 hour drive.

Once we got to the mountains, the snow started coming down. It wasn’t too bad and it was looking like we had left early enough to miss any problem in getting over the pass. We stopped at Ikedas market in Auburn to enjoy a nice lunch, and were on our way into the snow around noon.

The first thing I noticed as we started through the snow was that there was a low pressure notification for our right rear tire. I was hoping that it was just the cold weather (I’ve seen those sensors go off when the temperature goes down). We adjusted the plan to stop at the next gas station and check the tire pressure.

We got to about Colfax, when the traffic slowed to a crawl. This wasn’t too worrisome, as we expected it to take a few hours to get over the hill. We were still doing OK until we saw the CHP officers waving us off at the next exit and telling us to go back westward because the highway was closed.

Once again, we talked about options and decided to head back down to Auburn and wait for the highway to open in comfort. This also would give us a chance to check the tire pressure.

We drove back down to the first gas station we saw, only to find that the tire was pretty much flat. We pumped it up as much as we could, and headed out to find someplace to get the tire repaired. A helpful chain installer pointed us down the road to a tire store where we got the tire repaired.

Back down the hill, we stopped at  a Peet’s inside a really nice Raley’s market to wait out the closure and discuss options. I called my brother-in-law Myles, who works in the area to see if there might be a good alternate route with the snow coming down. His advice was to not to take an alternate route a local had suggested (he drives up there all the time, and if he wouldn’t drive it, I didn’t figure it was a good idea for me to try).

We looked at the DOT site to see whether there were any estimates on when the road would reopen, and asked others who were on the road what they knew. Eventually we heard that there had been a 40+ car pile up with at least one fatality and 20 or so injured. There had been at least two big rigs involved, so it was going to take some time to clear.

We started checking on places to stay in case it started getting too late for us to make it that night. By five or six, we’d pretty much decided it wasn’t going to open that night, and Ray Ju (our current chapter president) had spoken to his nephew who had volunteered to put us up in Roseville. The plan was adjusted again, and our new goal was to get to the conference in time to support our fellow members who were there presenting.

After arriving at Mike and Linda’s house, we got directions to a Japanese buffet called Mizu. Once again we found ourselves adjusting plans as we somehow missed the restaurant and ended up in downtown Roseville. I pulled out my iPhone and got us to where the restaurant was supposed to be, only to find it had been renamed.

By this time we’d realized that the team could respond to just about anything, and rolled with the changes. We had a great meal, returned to Mike and Linda’s and decided to roll out of the house by 5am the next morning so we could try and make Sharawn’s presentation.

Getting up early with a good night’s sleep, we sojourned forward over the pass. The snow started up just above where we’d been turned around the night before, and just kept getting heavier as we climbed. After fighting with ice fighting on the windshield (which we fought by turning the defrost up to 80°) the snow started slowing down as we approached the summit.

We arrived at the hotel at around 8am and were greeted by Alan Yue (the incoming chapter president), checked in and met our goal of being there in time to check-in, shower and support Sharawn in her efforts.

We had a great conference and watched the weather nervously for our expected trip home Sunday afternoon. The weather was supposed to be getting worse, and as time went on, it looked more and more like the pass was going to close again. By 10 or 11am, it was clear that the pass had been closed, and there wasn’t much chance that they’d be reopening before Tuesday. 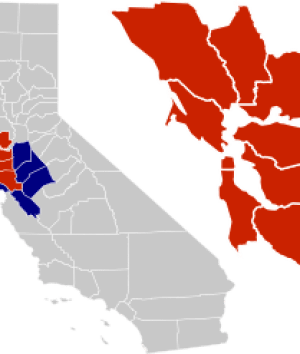 The trip home was planned with the best expert advice possible: Victor our new best friend from CalTrans, Google Maps, and some vague experiential knowledge from Rob. The word on the street was that the only remaining open pass would take at least 14 hours to get home at best (since everybody would be driving on that two lane road at 10 mph or so).

So we put on our PM hats again, huddled, considered options (including staying a day or two longer in Reno), and came up with a new plan. The lowest risk approach it appeared was to drive far south, avoiding the passes, and completely skirting the mountains. Our preliminary estimate put that drive at 10 hours or so, which was better than any of the alternatives we considered, and also would theoretically get Myles Lawless (chapter’s PMO Director) home in time to make it to his new client location the next morning.

Well of course it wouldn’t be historic if there weren’t more challenges. Driving south took much longer than what we’d anticipated, and then just as we had realigned our expectations on the arrival time, we ran into (luckily not literally) another snow storm outside Bakersfield.

We did what project managers always do, plan as well as we can with the information available, decide on a course of action, and adjust as we go along. It was  a great bonding event for all of us, and will make the year ahead even more fun as we already have a really long journey with a shared vision behind us.

I needed to do some work on an old Maven project I have that I’ve worked on for years, and when I fired up my handy Netbeans IDE and ran […]